For the next several posts, I will depart from this blog’s usual focus of applying the academic discipline of biblical studies to the church. Instead, I will be sharing devotional material from my out-of-print book (2006), “When God Gives a Time Out.” I pray it will be an encouragement and guide in our current circumstances.

Chapter 1: An Introduction to “Time Outs” 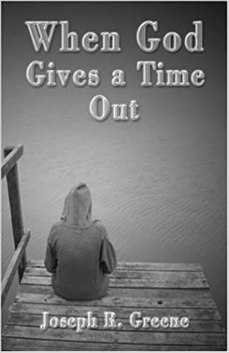 If you are a parent, you have probably experienced what I recently witnessed. At a local store, a young boy was bursting with energy. Every inch of his body was in motion. All this chaotic movement didn’t seem to have a purpose other than expending energy. He jumped on one foot, then the other. Soon he began to shake his head from side to side as if saying, “No.” Perhaps he wanted the outside world to mirror his topsy-turvy condition on the inside. The child then climbed on the front of the carriage for a ride. The mother’s call to calm down fell on senses more focused on doing than listening. Since the ride wasn’t fast enough, the child hopped off the carriage so that he could touch everything. He grabbed at everything in range of his small hands, trying to do what the big people do when they shop. The exasperated mother pulled the child into the center of the aisle to put the distractions out of reach and told him, “Stop touching things without asking first!” But this child had to DO something; there were so many stimuli in this place, and they all called out to be engaged. As the scene reached its climax, the boy cried out, “Look, a plate just like the one we have at home!” He snatched up the plate to see if it was indeed the same. Halfway through the motion, the child remembered that he wasn’t supposed to touch without asking and his attention-divided fingers let go of the plate. The frustrated mother had reached her limit. Mustering all her patience, the mother sternly told the boy to go sit on the bench for a “time out.” The mother cleaned up the broken shards and said something like, “You have to listen to me. You can get hurt and you hurt other people’s things when you can’t calm down and listen to me.”

Is this scene a familiar one for you? Perhaps, like me, you empathized and felt an immediate kinship with this frazzled mother. This scenario is all too familiar for me, since I am usually that frazzled parent and the active child is usually my youngest boy, Isaiah. Yes, Isaiah is very familiar with “time outs.” I don’t give him time outs because I want him to be a little robot, nor do I want to be a drill sergeant. I am proud of the fact that my son wants to engage the world around him and do everything with gusto. But for his own well-being, especially when he is little, he needs to be able to hear my voice and respond to it, even when he is in the midst of engaging a world of stimuli. As an adult, I can see consequences of actions better (hopefully). I build these qualities in him: One trip to the store at a time, one time out after another. At first, this process looks like my child simply doing what he is told, but eventually it becomes more internal. After five years of time outs my son sometimes asks if he can do something before he acts in order to discern if the choice is a wise one. The goal is that eventually he will be able to see the bigger picture for himself and from different perspectives. He will desire things that are truly valuable and have healthy priorities. This process of handing down mature qualities can’t take place if he is too distracted to hear my voice. Children need a time out to refocus their attention on their parent’s voice and remove the distractions. In this process the relationship between parent and child takes center stage and the growth process can continue.

Whenever I see a child in time out I am reminded of my children’s behavior as well as my own. “Apples don’t fall far from the tree” goes the saying, and like my son, I am very familiar with time outs. There is a certain rush to engaging the world around me, manipulating things I come in contact with, doing big and important things like my Heavenly Father. But without the nurturing connection to the Father, the loving watch care of the Father, I can get hurt and hurt others. The qualities that will make me a well-balanced man of character are handed down and best cultivated through my relationship with my Heavenly Father, not by just doing the things that make me look more like “a big person.” God is all too familiar with this behavior in both me and you – this is why God gives time outs. He gives time outs to remove the distractions so that we can hear His voice again.

In the western world we increasingly live in a culture that needs a time out. Many children grow up in a family where a parent is physically missing. Many more grow up in a family where the parents are emotionally missing. Many children don’t know how to hear a parent’s voice, and if they do, they don’t trust it. Instead of seeking a parental voice, our culture seeks more and more stimuli. A booming movie, video game, and sports industry testify to the fact that we desire to be distracted, entertained, and get a vicarious rush. The most important thing is what you do and that you are always doing something. We are a culture of children bouncing about in the aisles of America; chocolate smeared on our faces, breaking a plate here, running into the other shoppers’ carriages there. We don’t know why, but we just feel the need to move, and when we come off our sugar high, we collapse, sobbing at the chaos. We thought we did a lot, but looking around we only see broken stuff and the things we were focused on seemed to have vanished like a vapor. But when we leave the store empty-handed and put our exhausted, frustrated heads on the pillow, one thing remains. The Father.

Is this what it takes for us to finally stop doing stuff and listen to the Father? A frustrated burnout that leaves us empty on the inside? For some, this is what it takes. But, for others, God thankfully (although we may not feel thankful at the time) gives time outs.

How are you like the hyper child in the store?

Do you always feel the need to be doing something? What kinds of task do you spend most of your time on?

Next: Chapter 2, What exactly is a “Time Out”

13 thoughts on “When God Gives a Time Out”