Stories stick. We easily forget facts and propositions, but stories stick with us because our own experiences and relationships (our personal stories) find greater meaning by attaching to broader patterns greater than ourselves. Shared stories also build community as individual stories find their place in an overarching narrative.

The Christian community’s foundational stories are contained in the Bible. Unfortunately, the Bible is often assumed to be a collection of rules and propositions with random stories sprinkled about for flavoring. We remember some of the stories and a few of the rules (do not murder, do not judge), but we fail to see, and therefore attach ourselves to, the overarching story of the Bible. This failure to see the overarching story of the Bible not only makes the Bible seem less relevant, it causes us to relate to the stories of the Bible in a piecemeal way that fails to take us up into the bigger patterns and perspectives that the Bible itself commends. We can’t remember the Apostle Paul’s theological arguments against Gentile circumcision in Galatians, but we do remember the story of David defeating Goliath. The story is more memorable, but without an idea of how it relates to the overarching story of scripture, we read it as an isolated story with only limited points of attachment. Those points are usually of the “be like  (or don’t be like) the protagonist” variety. The result is that we may relate David’s battle with Goliath to a challenging situation that we are facing, but we fail to see how that story is only one episode in a larger story that points to God more than it points to David (or points to us for that matter). The stories of the Bible, as well as the propositions and commands, are part of an overarching story of God’s relationship to His creation. When we see the big story, we are able to fit our personal stories into that greater narrative, which gives us a larger perspective and a meaning that transcends ourselves. Even the lists of places, tribes, and commands seem more relevant because they are a part of a larger story.

Theologians of the past few centuries have debated if one can assume any unity to the Bible. After all, the Christian Bible consists of 66 books written by various authors over many centuries. However, the various biblical authors themselves assume a connection between their message and previous prophets. First Peter 1:10-12 reflects this assumed connectedness: “Concerning this salvation, the prophets who prophesied about the grace that was to be yours searched and inquired carefully, inquiring what person or time the Spirit of Christ in them was indicating when he predicted the sufferings of Christ and the subsequent glories. It was revealed to them that they were serving not themselves but you, in the things that have now been announced to you through those who preached the good news to you by the Holy Spirit sent from heaven, things into which angels long to look.” The author of First Peter assumes the unity of God’s revelation and work, which connects his generation and the stories of previous and future generations. The unifying element to all these stories is that the main character is also the author of the story. God Himself is writing and starring in this grand story of redemption. He tells the story to and through His people. The diverse human authors of the Bible bring different perspectives and contexts, while the Holy Spirit’s inspiration brings an overall unity as God progressively reveals himself and works in the course of human history. A deep understanding of the Bible requires an appreciation of both the diversity and the unity of the Christian scriptures.

For this reason, church leaders should consider teaching the overarching storyline of the Bible. We fit into God’s story, plan, and purpose for the world. True fulfillment and meaning are found when we fit our stories into God’s story. Moreover, getting a view of the sweeping landscape of this grand story creates awe. Too often we “can’t see the forest for the trees” because we focus on proof texts and select passages of scripture while losing sight of the beautiful landscape of the overarching story. Of course, the awe-inspiring story also gives us insight into the awesome nature of the Author (and main character) of that story. 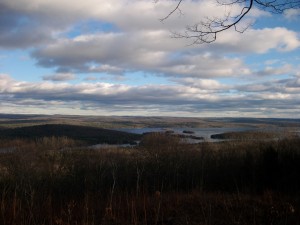 How do we teach the overarching story of the Bible in a way that is faithful to the Bible’s own presentation? How do we teach such a long and connected story in units that people can actually follow? These questions will be addressed in the next blog post. I will explain that this story is structured by God’s covenants and then give an example teaching/preaching series (and other resources) on the overarching story of the Bible.