In study 11 we examined how the church experiences God’s indwelling presence through the Spirit. However, the church age is not the final stage of salvation history. At the end of time as we know it, God will restore what was lost in Eden and there will be a re-creation. The centerpiece of this re-creation will be the full glory presence of God with, and in, his people. 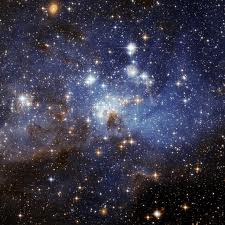 Series note: This is the final study in a twelve part series that examines the Bible’s sacred places (tabernacle, temple, etc.). You can find the first post in May 2016 with subsequent studies appearing about every other month.

Ask people about their expectations for “heaven,” and they are likely to focus on human desires and assume a disembodied existence. Many of these expectations do not cohere with what the Bible lays out concerning the final state of humanity.  The Bible speaks of a final, bodily resurrection to a renewed heavens and earth. Christ defeated sin and death through his sacrifice on the cross, but the final judgment is executed on sin, death, and Satan at the end of time. With the destruction of sin, God can be with people again as in Eden—no sacrifice for sin or buffer to God’s holiness is needed. No temple is needed. The people can experience God’s full glory and reality. While there are various passages about the final state throughout the Bible, the book of Revelation contains some of the most extensive descriptions. As we will see in the following passage, Jesus (often referred to as the Lamb in Revelation) is with God as the centerpiece of heaven.

Revelation 21:1 – 22:5  Then I saw a new heaven and a new earth; for the first heaven and the first earth passed away, and there is no longer any sea. 2 And I saw the holy city, new Jerusalem, coming down out of heaven from God, made ready as a bride adorned for her husband. 3 And I heard a loud voice from the throne, saying, “Behold, the tabernacle of God is among men, and He will dwell among them, and they shall be His people, and God Himself will be among them, 4 and He will wipe away every tear from their eyes; and there will no longer be any death; there will no longer be any mourning, or crying, or pain; the first things have passed away.” 5 And He who sits on the throne said, “Behold, I am making all things new.” And He said, “Write, for these words are faithful and true.” 6 Then He said to me, “It is done. I am the Alpha and the Omega, the beginning and the end. I will give to the one who thirsts from the spring of the water of life without cost. 7 He who overcomes will inherit these things, and I will be his God and he will be My son. 8 But for the cowardly and unbelieving and abominable and murderers and immoral persons and sorcerers and idolaters and all liars, their part will be in the lake that burns with fire and brimstone, which is the second death.” 9 Then one of the seven angels who had the seven bowls full of the seven last plagues came and spoke with me, saying, “Come here, I will show you the bride, the wife of the Lamb.” 10 And he carried me away in the Spirit to a great and high mountain, and showed me the holy city, Jerusalem, coming down out of heaven from God, 11 having the glory of God. Her brilliance was like a very costly stone, as a stone of crystal-clear jasper. 12 It had a great and high wall, with twelve gates, and at the gates twelve angels; and names were written on them, which are the names of the twelve tribes of the sons of Israel. 13 There were three gates on the east and three gates on the north and three gates on the south and three gates on the west. 14 And the wall of the city had twelve foundation stones, and on them were the twelve names of the twelve apostles of the Lamb. . . .  22 I saw no temple in it, for the Lord God the Almighty and the Lamb are its temple. 23 And the city has no need of the sun or of the moon to shine on it, for the glory of God has illumined it, and its lamp is the Lamb. 24 The nations will walk by its light, and the kings of the earth will bring their glory into it. 25 In the daytime (for there will be no night there) its gates will never be closed; 26 and they will bring the glory and the honor of the nations into it; 27 and nothing unclean, and no one who practices abomination and lying, shall ever come into it, but only those whose names are written in the Lamb’s book of life.

22:1 Then he showed me a river of the water of life, clear as crystal, coming from the throne of God and of the Lamb, 2 in the middle of its street. On either side of the river was the tree of life, bearing twelve kinds of fruit, yielding its fruit every month; and the leaves of the tree were for the healing of the nations. 3 There will no longer be any curse; and the throne of God and of the Lamb will be in it, and His bond-servants will serve Him; 4 they will see His face, and His name will be on their foreheads. 5 And there will no longer be any night; and they will not have need of the light of a lamp nor the light of the sun, because the Lord God will illumine them; and they will reign forever and ever. (NAS)

This passage describes the final state, or “heaven.” It is a part of a vision given to John the Apostle when he was exiled on the island of Patmos.

Let’s focus down on the fact there will be no temple. What reason is given for this New Jerusalem not having a temple? (Suggested answer: “The Lord God Almighty and the Lamb is its temple” [21:22].)

From what we have studied in previous posts in this series (studies 1-11), how can God himself be a temple? (Suggested answer: The temple is the gateway to God’s true presence in heaven. When God manifests himself, like at Bethel, that place is said to be a “house of God” because God’s presence is the primary requirement of a temple. If God is permanently present without any need for a buffer, then there is no need for a temple—God himself is there. The whole Holy city, all of restored creation, functions as a temple.)

From what we have studied in previous posts, why does it make sense that Jesus (the Lamb) himself will be included with God Almighty as being the temple? (Suggested answer: Jesus is the reality that stood behind all previous sacred places. If the temple as the gateway to God’s presence found fulfillment in Jesus, then of course Jesus’ glorified presence will be the temple in the final state.)

This passage in Revelation paints a picture of God’s glory filling all of restored creation (depicted as a Holy City). His presence permeates the Holy City, which consists of 12 gates that bear the names of the tribes of Israel (Rev 21:12) and 12 foundations that bear the names of the apostles (Rev 21:14); these names testify that God’s people are part of this city-temple.[i] The entire city has been built into the Holy of Holies.[ii] No temple is needed because God’s presence fills restored creation and the people of the Holy City who experience God intensively, unfiltered, and internally.

The World is covered with God’s Glory

From the first pages of Genesis, to God promising a blessing for all nations through Abraham, to the prophecies for a world-wide restoration, God’s plan was to bring his children back to full fellowship with himself. This full fellowship with God includes unfettered experience of the matchless glory that founded the universe. Jesus Christ will be center-stage with God Almighty at the climax of time when the world is full of the glory of the Lord as the waters cover the sea.[iii] The Spirit will adorn and bind God’s people into the community of oneness that is Father, Son, and Spirit. The glory presence of God will be internal, extensive, and unhindered by sin.

Does your perspective change knowing that God’s glory will one day fill creation? If so, how? (Possible answer: We are involved in a world-wide, eternal plan that is guaranteed by God. This gives me hope, desire to reach the nations, and a desire to be ready for that day.)

What does God and the Lamb’s unfiltered glory presence reveal about God’s character and his plan for his people? (Suggested Answers: God has plans to bless and restore his people. Even when people rebelled, God had a plan to restore them in Christ. God is love, so he gives eternal life in His presence to his people. Ultimately, God wants to share the perfect love, goodness, and glory of the Trinity with his restored creation).